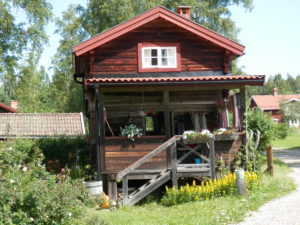 Language is a wonderful communication media to get your message to others and to get a message from others. Language is more than just a media to exchange messages, it is also used to express feelings, to describe situations as well as to evaluate, analyse and give judgment on phenomenon.

Just now I am not trying to write a special fact based article. I am rather trying to discuss my own relation to languages. I suppose the first language I heard as a new born baby could be Amharic. My mother is an Amhara with a full command of Oromiffa, but I was born in Addis Abeba, the capital of Ethiopia, and my relatives there mainly spoke Amharic.

It was not long after that I heard Oromiffa. My father’s mother, who died long before I was born, was an Oromo. Oromiffa was the major language of communication in Illubabor region of Ethiopia where I grew up. To be honest, I don’t know which of the two languages I learned first. All my life, whenever I have the opportunity I am speaking both Amharic and Oromiffa.

When I was about 10 years old my father, as a government employee, got transferred to the Shekacho province in the then Illubabor region and the whole family moved there and within a short time I commanded the language. Whenever any one from our family was out to the market to buy food items, I was there as a translator.

Unfortunately, after two and half years in Shekacho province, we moved again because of my father´s transfer, this time long away to the Kambata and Hadiya provincein Shewa region. New languages and a new environment. As there was not any Shekach speaker in this province, I completely lost my new language.

Years later in school and later at the university, I learned English. After moving to Europe, where I am living and working, life made it necessary to learn the Swedish language. At present, I speak Amharic, Affan Oromo, English and Swedish and with the exception om Affan Oromo, I can write in these languages. I am not writing in Affan Oromo because, when I was a child it was only a spoken language and I was gone for years when the Qube writing system was introduced in Ethiopia.

Dear reader, maybe you are wondering why I am writing all this about my relation to language. As I mentioned it earlier it is through language we are communicating with each other and sometimes what is an opportunity for one could be a hinder for the other.

Depending on what Issues I am raising and its relevance for Ethiopian or a Swedish context, I will use one of these two languages. It could be difficult to translate something typical to one of the contexts to the other context because of the differences in historical, cultural, economic, social and political realities. When it comes to direct translations, today there are many apps to translate texts from one language to another language. One app, google translate, will be used in my page and I hope it will make it possible to follow my idea on what I am writing.